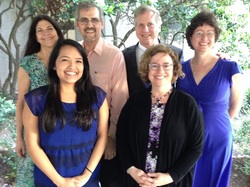 Serving the Houston Area since 1987

Arguments are painful.  Hurtful words.  Sharp, pointed defenses.  Raised voices.  Piercing attacks.  Hurt feelings that linger.  Emotional walls.  Arguments are not needed for intimate communication.  Arguments are like fire ants.  They leave stinging emotional welts.  Let your arguments die a quick death.  Exterminate them.
The Argument
She loves him.  He loves her.  He works late again.  She feels ignored, neglected.  She tells him so.  He explains all that he had to do.  She says she doesn’t feel like a priority in his life.  He tells her to get more of a life outside of him.  She says she feels he doesn’t care about her.  He says he works late for her, she should appreciate him, she is making something out of nothing.  She cries.  He is cool and distant.  She feels worse.  He feels he can’t win.  He works later.

When she’s sad, hurt, or resentful because of him, she wants him to know how she feels.  She wants to thus emotionally connect with him and feel better.  She wants him to understand.  If she shares her feelings with him when she’s in a negative emotional state regarding him, an argument may ensue.

The more he cares for her, the more it hurts him to think that he hurt her.  He doesn’t want to think he is the cause of her emotional pain, especially if he loves her.  Sometimes he reasons that she’ll feel better if she more accurately understands him.  He defensively explains himself.  She then feels he doesn’t understand her feelings.  She gives more reasons why she feels that way.  The argument escalates.

Sometimes he thinks he sees what she’s doing that creates her emotional problem.  He reasons that his advice will help her feel better.  He offers his sage words of wisdom.  She then feels patronized.  She doesn’t want advice when she’s emotional.  She wants understanding.  She shares her feelings more intensely.  The argument escalates.

Sometimes he thinks they are arguing over nothing.  He reasons that she’ll settle down if he tells her she’s being too emotional, she’s overreacting, it’s not that big of a deal.  He’s wrong.  She feels demeaned, criticized, emotionally unheard.  The argument escalates.

Sometimes he feels he can’t win when she’s in a negative emotional state.  Talking about it has usually made it worse.  He reasons that the best approach is to ignore her feelings until they go away.  He distances.  She feels more ignored and neglected.  Her emotional tension escalates.  Arguments or separation follow.
A Better Way
He loves her.  She loves him.  He has extra work on the job.  He calls her.  “Honey, I’m sorry.  I think I should probably work late again tonight.  I know I’ve been doing this a lot.  I can imagine how easy it could be for you to feel that I’m ignoring and neglecting you, that you aren’t a priority in my life.  That’s the last thing I want you to have to feel.  I’d like to make this Saturday night a special one just for the two of us.  I’d like to grill you a meal, have a candlelight dinner, and spend the evening getting closer to you.  You’re so loveable.  I want to know everything in your heart and mind.  Will you give me that chance this Saturday night?”  He follows up in future days by leaving notes, sending E-mails, and leaving messages on her answering machine describing how much he loves her and is looking forward to Saturday night.  He strives to create more positive times with her.  She lets go of a lot of the ignored, neglected feelings because she knows he’s thinking about her and her feelings.  She feels understood, cherished, loved.  He’s made it easier for her to appreciate his hard work and admire him.

He did several things to help her.  He said he was sorry.  He imagined what she might be feeling.  He considered the reasons she’d give herself for feeling that way.  He shared her emotions for her, showing he was thinking of her feelings and understanding them.  He then helped her build positive feelings for him that were incompatible with the negative ones she may have harbored before.  He helped her release her ignored, neglected, unloved feelings; then cultivated her feelings of being understood, special, cherished.  He got his work done while helping her be able to feel the priority that she is in his life.
Another Better Way
He loves her.  She loves him.  He’s working late again.  He hasn’t called.  She feels hurt.  She writes a letter to him detailing all her negative feelings.  She then writes down the various ways she’s reacted to each of these feelings.  She then considers and writes down how he might feel and respond to each of her reactions.  She recognizes that sharing her negative feelings at him is likely to produce an unhelpful response.  She recalls the times she felt happiness and joy with him.  She considers all the ways he is there for her.  She remembers the times she felt close and connected.  She thinks of all the ways she could appreciate and admire him.  She lets herself feel all the negative feelings that arise as she is building the positive ones.   She persists in nurturing her loving feelings for him.  When she clearly feels that love, she calls him.

“Honey, I’m sorry that you have so much work to do.  I appreciate how hard you work for me, and I admire your diligence and conscientiousness.  I love you so much that I want to have more of you.  I’d like to look forward to a time when your work is under control and I can have you all to myself.  Will you surprise me soon with plans for something with you that I can really look forward to?”  After he makes such plans, she follows up with lots of messages reminding them both of how much she is looking forward to it.  She uses his time at work to pamper herself while cultivating her other friendships and interests.  She later shares with him how she managed her feelings.  He’s confident he can make her happy.  He plans something special to do with her.  He wants to spend more time with the woman who is so loving and happy with him.

She made it easy for him to want to connect with her.  She dredged up and flushed out her negative feelings towards him, then cultivated positive, loving feelings incompatible with the negative ones felt initially.  She shared her positive feelings with him, and then she asked in a loving way for something to help her that she thought he would deliver.  When she later shared the past negative feelings and how she’d managed them, he had no reason to tune her out.  He listened to her, understood her, and cherished her.
©  1989  DrCGray
This article was written by Dr. Chuck Gray, a licensed psychologist in Houston, Texas who specializes in marriage counseling and other adult relationship counseling.  Chuck has helped thousands of Houstonians through his counseling at his clinic, Chuck Gray, Ph.D. & Associates.  Chuck lives in the Houston, Texas area with his loving wife Laurie and delightful daughters Cheryl and Valerie.  For this article, Chuck has borrowed liberally from the Mars and Venus books of his cousin, author John Gray, Ph.D.
Houston, Texas Psychologists, Marriage & Couples Counseling Specialists:
Chuck Gray, Ph.D. & Associates  713-774-2122